Our week in Wales

It’s been a while since I posted a new blog, but we have been traveling a lot more, now that we can, visiting friends and family around the UK.  This is about our trip to Wales in early June. We started in Pembrokeshire at a wonderful B&B in Freshwater East on the southern coast. 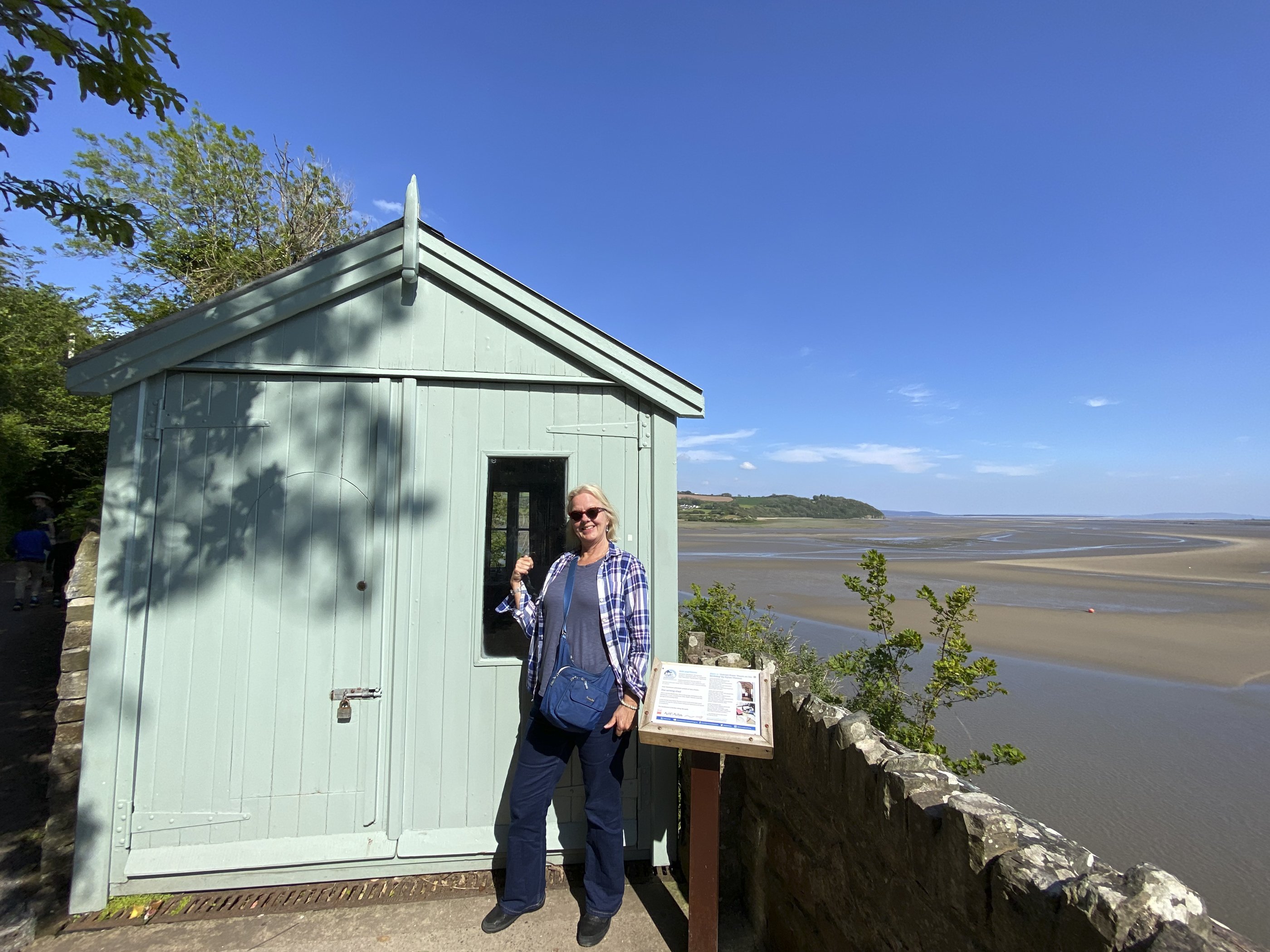 On the way there we stopped in Laugharne where we saw Dylan Thomas’s final home and his writing shed perched high on a cliff overlooking the bay. 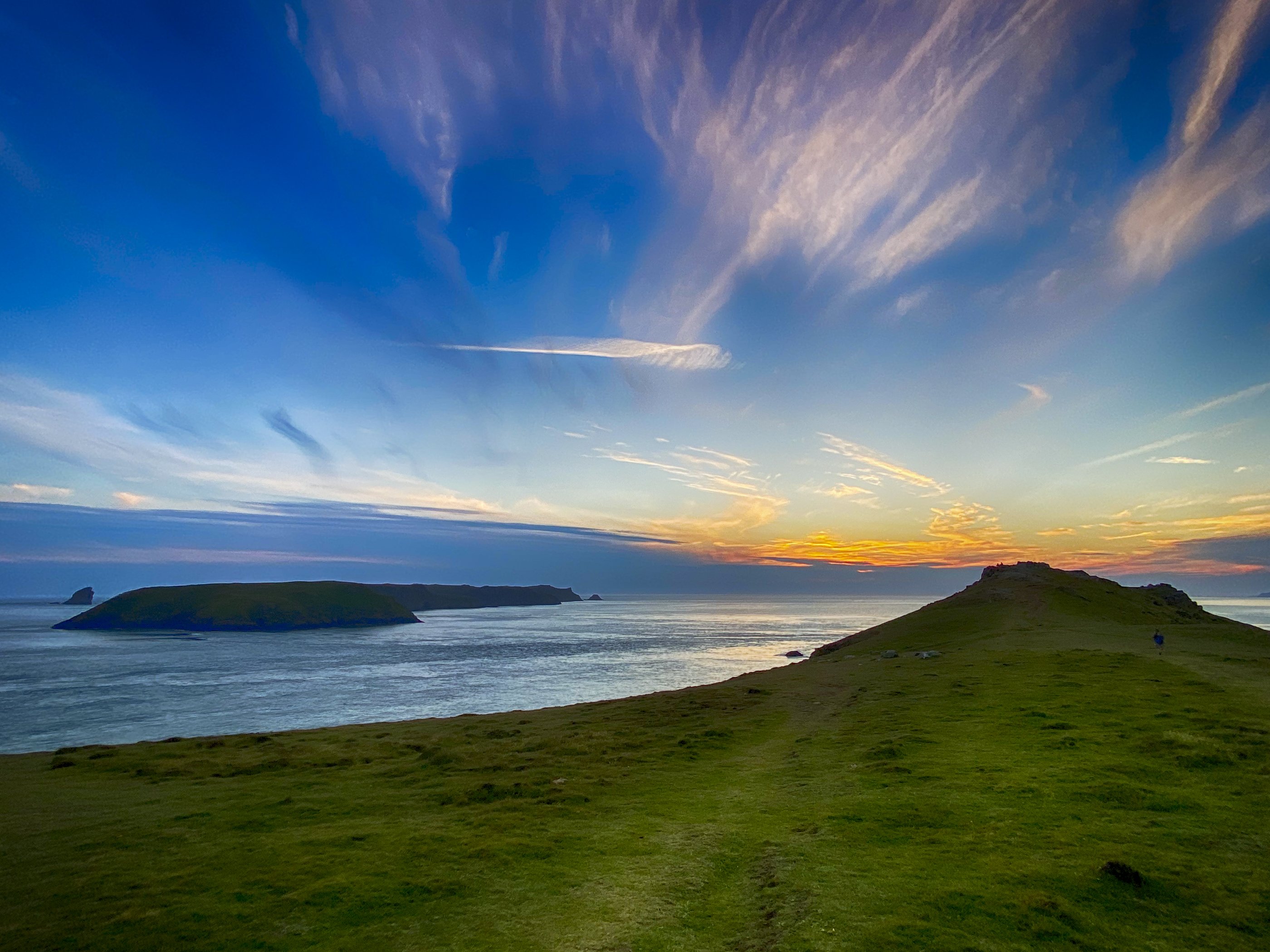 We went for an evening drive out to Marloes Sands Beach where Melissa had spent childhood holidays. The sunset over Skomer Island towards Ireland was wonderful. The next day we went for a walk to a National Trust property, Barafundle Bay Beach. Even by 10am it was getting crowded.  Brits are vacationing in the UK this year. We drove up the east coast of Wales. While we were on the road, we realized that at our next destination, we would be in the middle of the mountains with no stores near us, and we forgot to bring the GIN! As we were talking about gin, we suddenly came upon a new distillery called ‘In the Welsh Wind’. With the universe suddenly hearing our plea, we stopped to buy this fabulous local gin from a micro-distillery. 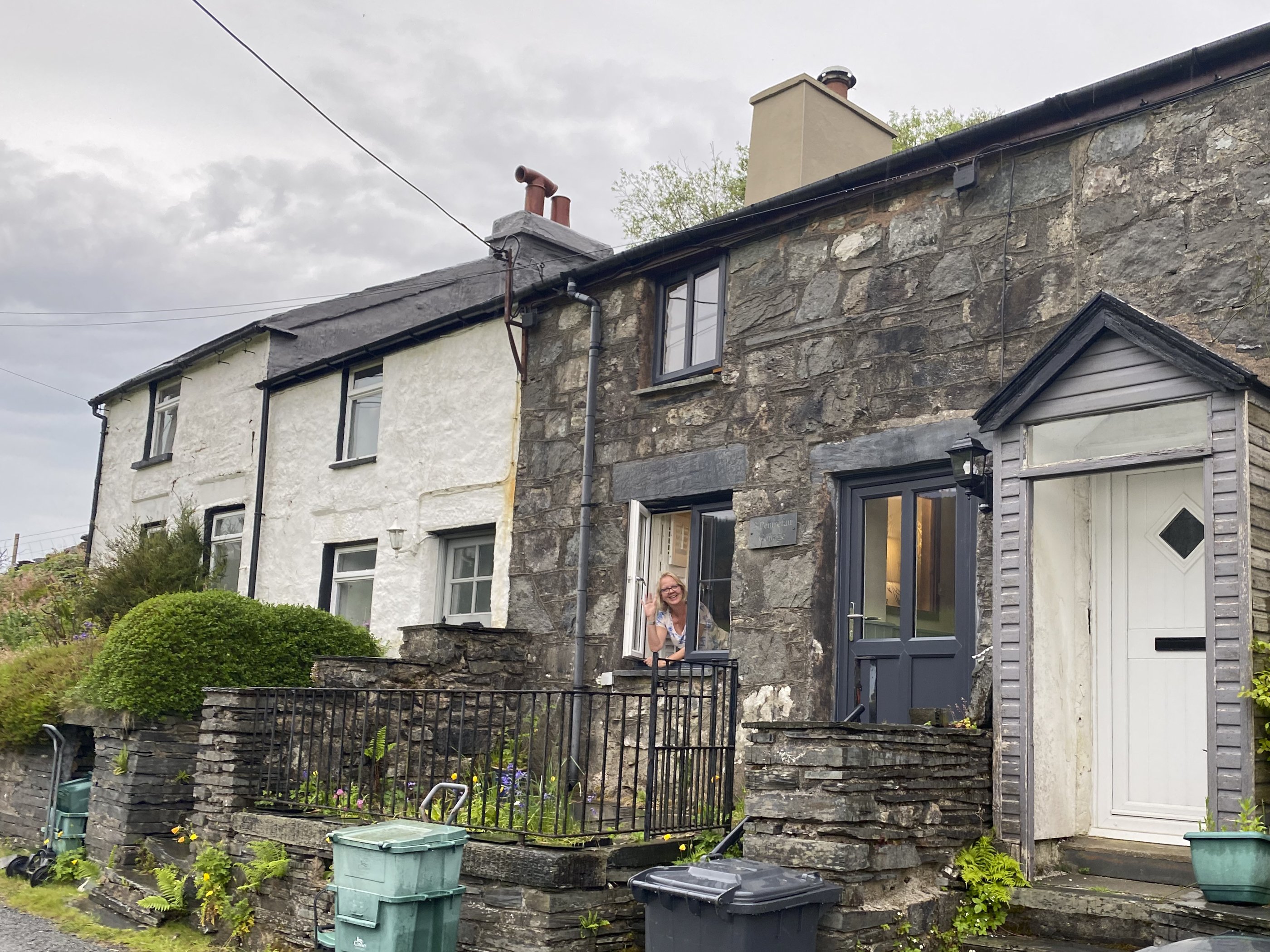 We began the trip north on our way to a 4-day stay in Snowdonia National Park. We stayed in a delightfully modernized slate-miner’s cottage – an Air BnB - one of 9 terrace houses that make up Carrog, Cwm Penmachno near Betws-y-Coed. I thought British English was tough, but Welsh is impossible for me to understand, although it’s wonderful to hear it spoken! 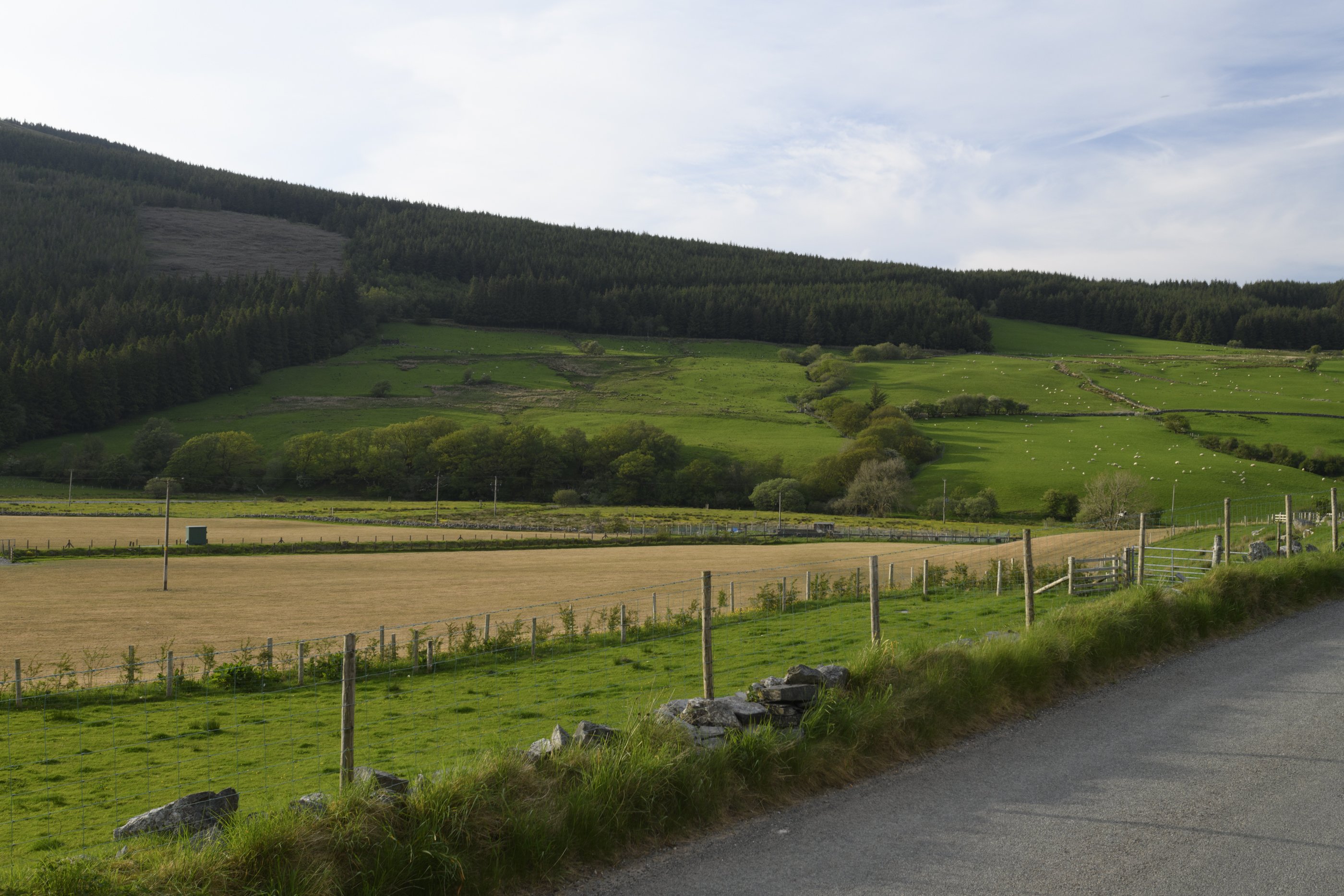 Our cottage was in the middle of the Snowdonia. (Mt Snowdon is the highest point in the UK outside of Scotland) with unbelievable views; a mile down the road is a deserted slate quarry. 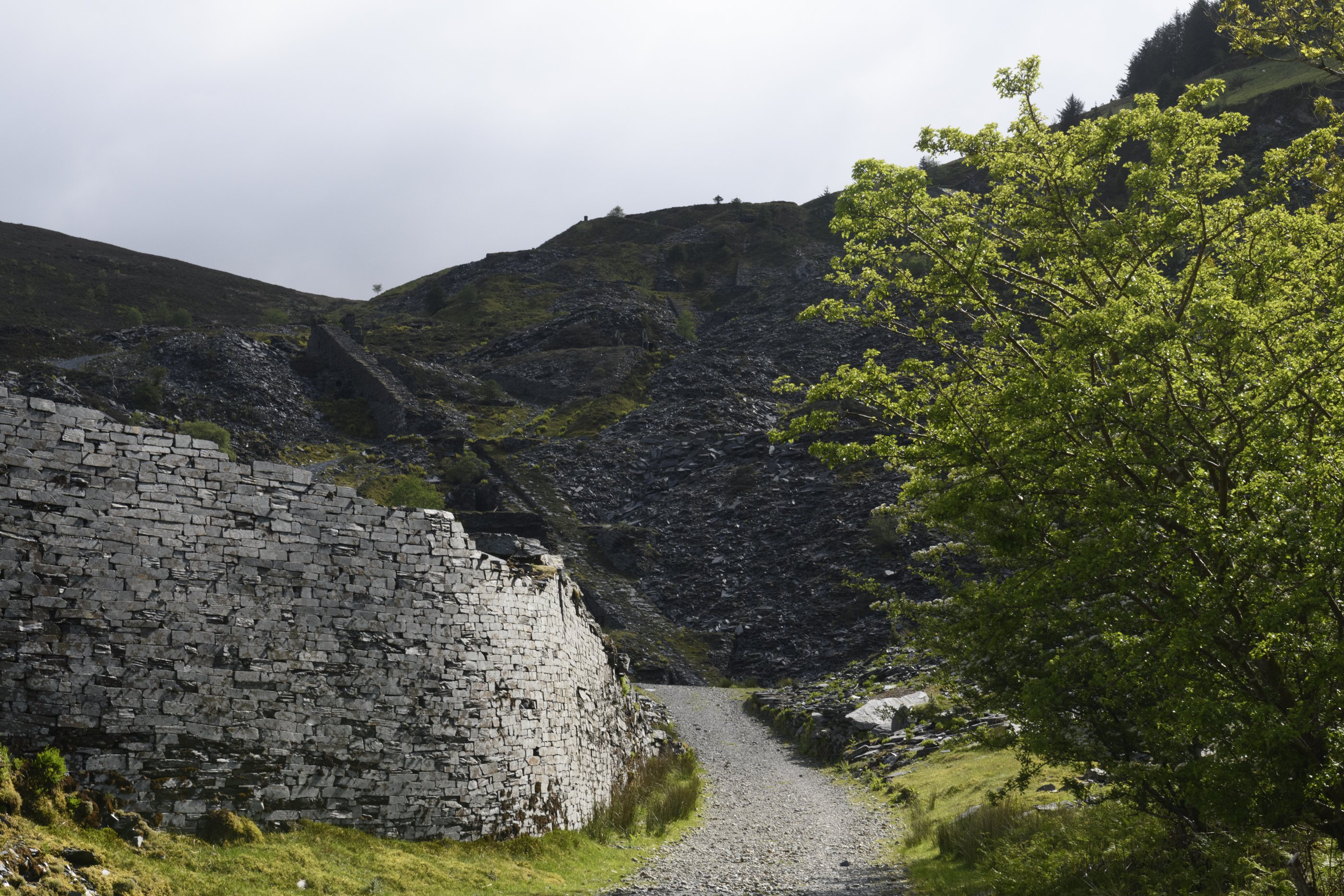 UNESCO recently awarded some of the Welsh slate quarries with a World Heritage Site designation.  This is just one of many.  You can read more about the slate production of the 1800s here. https://www.gov.uk/government/news/welsh-slate-landscape-uks-newest-unesco-world-heritage-site Our first day there we spent the morning at Portmeirion, the fantasy town built by Sir Clough Williams-Ellis between 1925 and 1975 in the style of an Italian village. It also was the setting of the cult favorite show “The Prisoner” with Patrick McGoohan shot there in 1966-1967. It was as magical now as it was in the show! That afternoon we took a steam train trip on the famous Ffestiniog & Welsh Highland Railway from Portmadog up to Beddgelert and return. The waterfalls all along the rivers in Wales were just beautiful. We had to do a selfie, of course! In spite of being in a Welsh valley in Snowdonia, we were only 40 minutes from the coast. We visited Conwy, the walled market town on the northern coast. 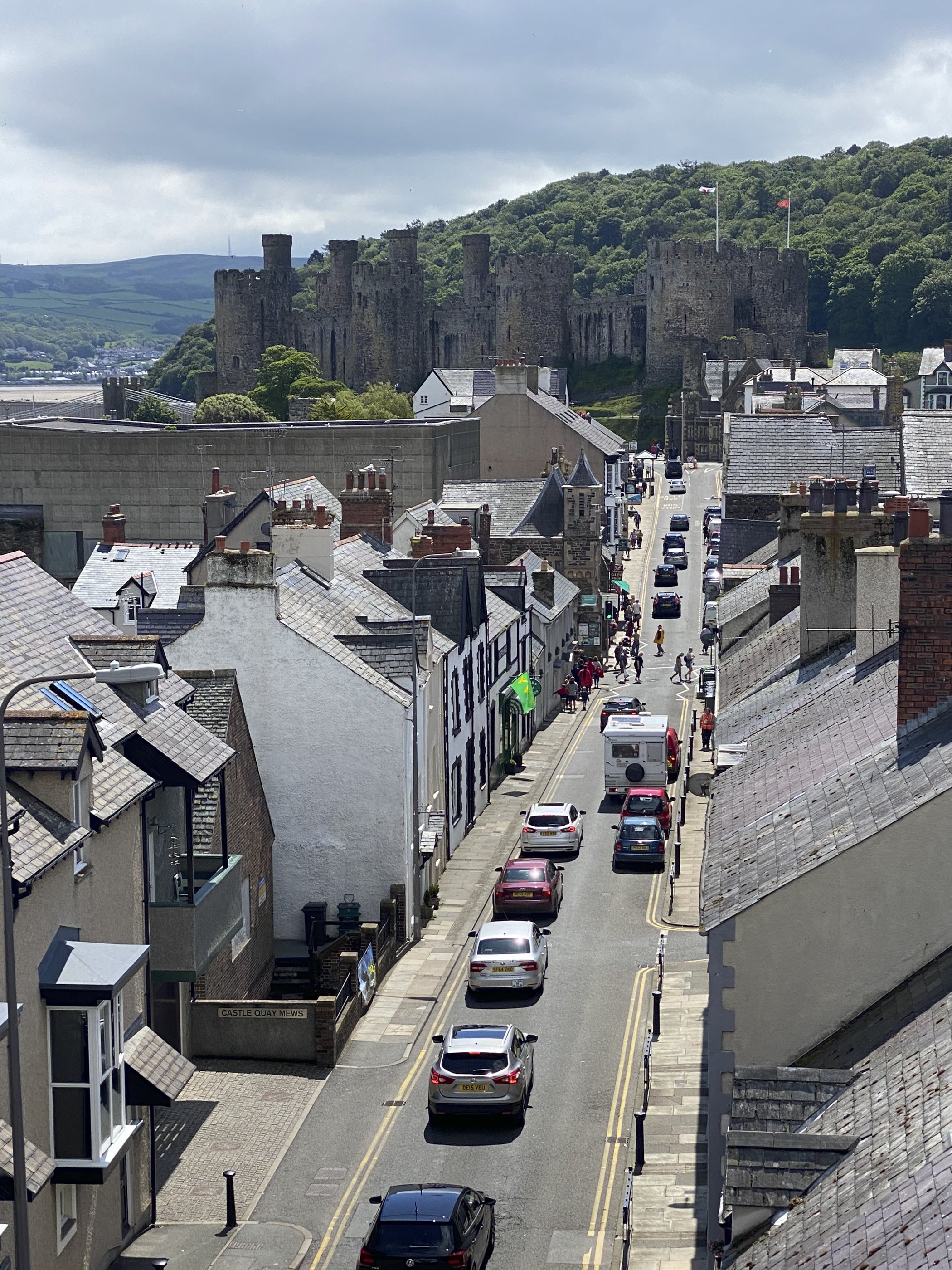 The medieval castle is still there and all the walls that surround the central core of the city are walkable. It’s quite spellbinding to walk along 30ft-high walls above a bustling 13th century market town. Down the road from Conwy, we met friends at Bodnant Garden, an 80-acre garden containing plants collected more than a century ago on global expeditions. What a beautiful National Trust property and an idyllic place to spend an afternoon. It was a wonderful week in another part of the UK. Next post will be on the week in Yorkshire.

Our first stop
Painswick, Gloucestershire
Searching for a home
Comments